I love cupcakes.
I wish there were songs written about them so I could sing along in my car, then perform them at open mike night and get discovered by Tommy Mottola or Lou Pearlman (if he wasn’t in jail for ripping off the Backstreet Boy). Then I’ll go on a Cupcakes for Peace world tour, raising cupcake awareness across the globe about the deliciousness of cupcakes. After I blow my voice box from too much red dye number 9, I’ll have to auction off my cupcake-shaped house in the Hollywood Hills (which was right next door to Brad and Angelina, incidentally). And, wandering the streets, homeless, I’ll no longer be able to afford, ironically, cupcakes.

So, for now, I suppose I’ll have to be satisfied with just eating them.

Brought to you by… 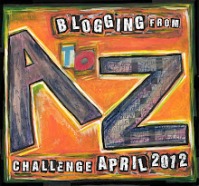 17 thoughts on “C is for Cupcakes”